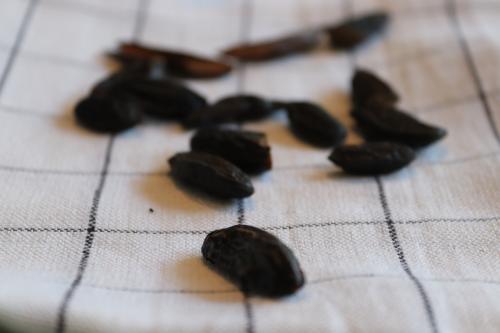 There’s a wide range of spices and other aromatic condiments that we can use in the kitchen. With time, it’s becoming easier to find certain varieties. Some of them, we didn’t even know the existence.

This is exactly what happened to me with the tonka bean, whose exotic name surprised me when I first found it in a recipe. Nowadays has become a basic spice in my kitchen. 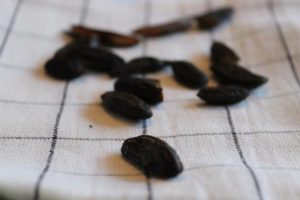 The tonka bean is actually the seed of the tree Dipteryx odorata, of the family of the Fabaceae, originating from the lands bathed by the Orinoco in tropical America.

Moreover, the term tonka seems to come from the language spoken by the natives of French Guiana, being France the first western country that imported these seeds. It began to be used as a flavouring for tobacco, but soon became a common ingredient in baking and also in cosmetics.

As a conclusion, we can say that Tonka beans are elongated seeds, of a size that usually does not exceed two centimetres, covered by a rough black layer, which hides a lighter colour with a hard gummy texture as a shell. It has a penetrating aroma with different nuances that can remind other spices.

← Tips for a Sacient and Energetic CookingBaking Powder and Baking Soda, When are both used in Pastry? →
0